Glenn Ligon is a Conceptual artist that uses his chosen mediums to explore the themes of society, literature, and history in a way that is interesting and thought-provoking. Ligon graduated from Wesleyan University with a Bachelor of Arts degree and proceeded to attend theWhitney Museum Independent Study Program a few years later. Ligon uses his artwork as a platform to explain his own personal experiences with racism and homophobia in the United States, as he has had to deal with both firsthand. He is best known for his text-based paintings, which use words and phrases in varying levels of complexity to show his point of view. The first painting in which Glenn Ligon used text drew inspiration from the prologue to Ralph Ellison'sInvisible Man. However, despite his success with this style of work, Glenn Ligon does not limit himself to paintings; he has also used photography, installation, sculpture and video to explore the same themes. 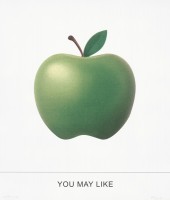