Antonio Saura was a Spanish artist and writer who emerged from Spain and whose work marked generations of artists. He started painting in 1947 when he was confined to his bed where he created drawings and painting that held a dream-like surrealist tone. Many of Antonio Saura’s landscapes had a flat smooth treatment with a rich palette of colors. Antonio Saura met other surrealist artists in Paris during the early 50's; however, left them to start the technique of scraping. His style became gestural and he created art with an abstract type of painting. Antonio Saura’s work remained very colorful, but with an organic, random design. Stereotypes of women began appearing in his work and in 1956 his greatest works proved to be; women, self-portraits, shrouds, nudes and crucifixions that were painted on both paper and canvas. Antonio Saura limited his palette to blacks, browns and grays and used a personal style that did not include movements or trends of his generation. His style followed more with Velasquez and Goya and in 1959 created a prolific set of works in print. He illustrated books including, Don Quijote and Nineteen Eighty-Four and many others. By 1960 Antonio began to sculpt and used welded metal materials to create human figures, crucifixions and characters. In 1971 Antonio Saura quit painting on canvas and focused mostly on writing, drawing and painting on paper. He published his writings and created several stage designs for the ballet, opera and theatre. Some of the exhibitions he had during his life were shown at; Galerie Maeght in Barcelona, The Kunsthallen in Goteborg, Harvard University in Cambridge and many others. 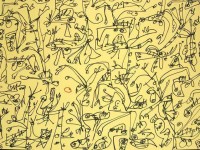 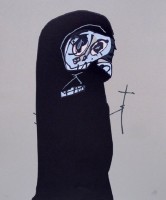 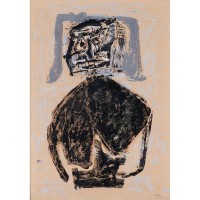 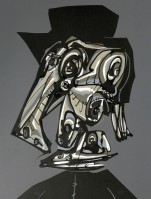 SELL an artwork by Antonio Saura

Do you have an artwork by Antonio Saura that you’re looking to sell? Send us the details and your net price and we will match it to our database of collectors.

Do you have an artwork by Antonio Saura that you’re looking to sell? Send us the details and your net price and we will match it to our database of collectors.

Gestural is a term which describes painting with freely sweeping brush strokes. The main goal of gestural art was to allow the artist to physically portray emotional impulses. Viewers were thought to understand inner artistic thoughts revealed through the varied, yet expressive paint marks.

Seek an Artwork by Antonio Saura

If you are looking for a particular piece by Antonio Saura, tell us what it is and we will match it to our database of sellers. 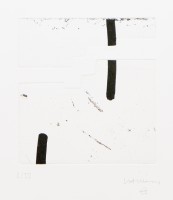 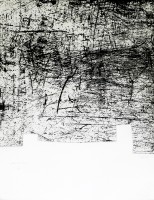