Arnoldo Pomodoro is an Italian sculptor who is responsible for designing a controversial fiberglass crucifix. The piece is topped with a fourteen foot crown of thorns that hovers over the figure of Christ. As a sculptor, Arnoldo Pomodora believes when his work transforms the place in which it sits, it takes on the demeanour of a true witness. He considers his sculptors crystals or eyes and sees them as borders and voyages to worlds of imagination. Since the 70's, Pomodora continued to be known for his fundamental geometric shapes, using a lot of column, cubes, pyramid, sphere and disc shapes. His forms which are massive in size, suggest continual process of self-destruction and regeneration. 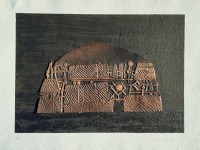 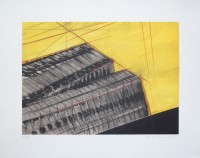 SELL an artwork by Arnaldo Pomodoro

Do you have an artwork by Arnaldo Pomodoro that you’re looking to sell? Send us the details and your net price and we will match it to our database of collectors.

Do you have an artwork by Arnaldo Pomodoro that you’re looking to sell? Send us the details and your net price and we will match it to our database of collectors.

Artwork by Aaron Marcus for sale on kunzt

What is Computer Art?

Computer art is the term used for any type of digital imagery or graphic artwork which made using a computer. Art curators offer call art made with computers either digital or new media art. Artists creating computer art have used technological advances in complex compositions.

Seek an Artwork by Arnaldo Pomodoro

If you are looking for a particular piece by Arnaldo Pomodoro, tell us what it is and we will match it to our database of sellers. 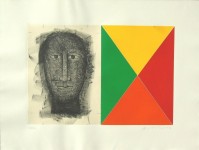