Daniel Richter attended Hochschule für bildende Künste Hamburg in the early nineties, and during the time he spent at University he studied with Werner Buttner and Martin Kippenberger. Richter was part of the resurgence of demonstrative painting during the 1980s. He was a professor of art (painting) at Universität der Künste, Germany in the middle of of the 2000's. Now he teaches at Akademie der bildenden Künste, Vienna. Daniel Richter initially focused on abstract painting, which were extremely colorful and was must like graffiti art. He has been creating large scale scenes which have been inspired by newspapers and books since 2002. Although Daniel Richter's work has appeared in countless exhibitions world wide, some of his best known work has been his set designs for 'Bluebeard's Castle' and for 'Lulu' at the Salzburg Festival. His collections can be found at the Museum of Modern Art in New York City, The Centre Pompidou in Paris, the Boros assemblage in Germany and the Falckenberg Display in Hamburg. 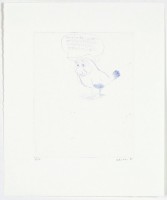 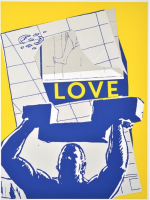 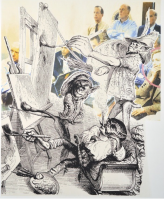 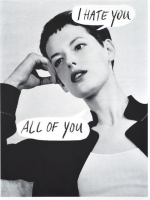 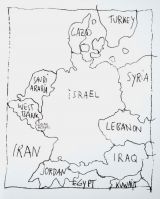 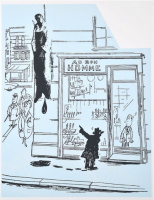 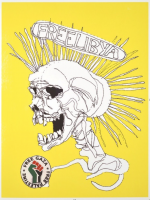 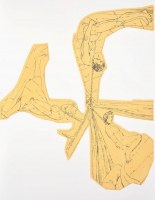 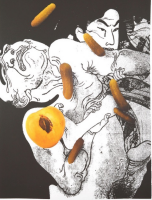 SELL an artwork by Daniel Richter

Do you have an artwork by Daniel Richter that you’re looking to sell? Send us the details and your net price and we will match it to our database of collectors.

Do you have an artwork by Daniel Richter that you’re looking to sell? Send us the details and your net price and we will match it to our database of collectors.

What is abstract art?

Abstract art uses visual language of form, shape, line and color to achieve its desired effect. However, it does not attempt or seek to represent external reality but the created abstract art composition may exist with a level or degree of independence from the world's visual references.

Seek an Artwork by Daniel Richter

If you are looking for a particular piece by Daniel Richter, tell us what it is and we will match it to our database of sellers. 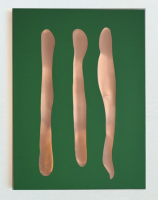