Dario Perez-Flores is a kinetic artistic who was born in Venezuela in 1936 and currently lives and works in Paris. He is considered to be part of both the Op Art and Kinetic Art movements. His work is exhibited in galleries in the United States and in public and private collections in Venezuela, France, Switzerland and Germany. Dario Perez-Flores is part of the interest in kinetic expressions created and developed by artists such as Carlos Cruz-Diaz and Jesus Rafael Soto. Driven by the desire to infuse designs with literal movement, artists such as these often include opportunities for viewers to touch their works to start movement within structures, or design ways to include electric motors in their compositions. When Dario Perez-Flores first began to create art, he used Plexiglass, metal and light as his sculpting media. His current pieces are created with painting and assemblage. Because he has spent his artistic life studying kinetic reverberation; the phenomenon of optical illusion that creates the impression of movement when viewers pass by, his key artistic elements focus on the ways that form and color affect perception. An important series of Dario Perez-Flores's current paintings is called Prochromatiques. Prochromatique 3, from 2010, is a box of 40 colored steel bars assembled with a colored back inside a black box. The work is signed in pencil on the back. Others in the series are painted on canvas. These paintings are highly structured, with vertical lines of color impeccably painted as if they had been computer-rendered. They are designed to serve as different kinds of optical illusions, as Dario Perez-Flores continues to seek the ultimate in visual representations of movement. 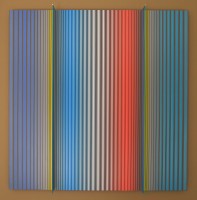 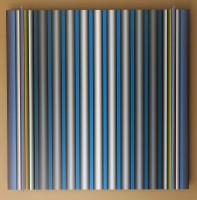 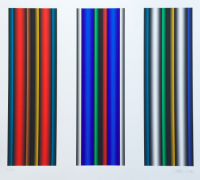 SELL an artwork by Dario Perez-Flores

Do you have an artwork by Dario Perez-Flores that you’re looking to sell? Send us the details and your net price and we will match it to our database of collectors.

Do you have an artwork by Dario Perez-Flores that you’re looking to sell? Send us the details and your net price and we will match it to our database of collectors.

Seek an Artwork by Dario Perez-Flores

If you are looking for a particular piece by Dario Perez-Flores , tell us what it is and we will match it to our database of sellers. 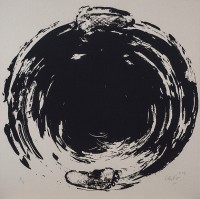 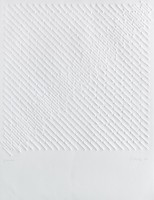 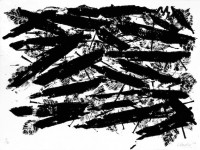 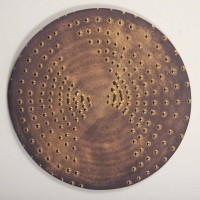 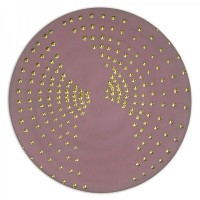