James Welling is a US postmodern photographer and artist, working within the fields of post-conceptualism and abstract representation in photography. He graduated with a BFA and MFA from the California Institute of the Arts (CalArts), where he studied under the conceptual artist John Baldessari, and alongside the artist and curator Dan Graham. Welling's art and photographs can be categorized as experimental and avant-garde, and he has worked with various different photographic mediums throughout his career: including gelatin prints, digital prints, monochrome, Polaroids, and 'photograms'. Notable works by James Welling include his Abstract Photographs: 1980-2016, in which he presents numerous visual meditations upon chemicals, drapes, aluminum foil and furniture; Photograms: 1974-2014, in which he ruminates upon flowers, torsos, and billboards; and Light Sources: 1992-2001, in which he explores the behavior of light and shadow in various contexts. In 1985, a James Welling photograph was used for the cover of alternative/post-punk band Sonic Youth's album Bad Moon Rising, and in 2010 he provided six monochrome images for publication with poet Susan Howe's collection That This. Welling has held numerous academic and teaching posts, including Head of Photography at UCLA, and Visiting Professor of Photography at Princeton University.

SELL an artwork by James Welling

Do you have an artwork by James Welling that you’re looking to sell? Send us the details and your net price and we will match it to our database of collectors.

Do you have an artwork by James Welling that you’re looking to sell? Send us the details and your net price and we will match it to our database of collectors.

What is abstract art?

Abstract art uses visual language of form, shape, line and color to achieve its desired effect. However, it does not attempt or seek to represent external reality but the created abstract art composition may exist with a level or degree of independence from the world's visual references.

Seek an Artwork by James Welling

If you are looking for a particular piece by James Welling, tell us what it is and we will match it to our database of sellers. 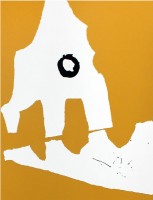