Manuel Alvarez Bravo was a self-taught artistic photographer from Mexico. His style was surrealistic, and Bravo sought to avoid depicting stereotypes of Mexican culture in his photos. Early in his career he was influenced by Japanese prints, Cubism, French Surrealism, and abstract art forms, but later in life he drew much influence from Mexico's muralism movement. Bravo's work spanned many fields, from promotional work commissioned by the government to cinematic pieces for the film industry. He also spent several decades teaching photography at the National School of Arts and the Centro Universitario de Estudios Cinematográficos, where his students included Graciela Iturbide and Nacho Lopez. Bravo's photos have been exhibited in some of the most esteemed galleries in the United States and Mexico, including the J. Paul Getty Museum and Casa Lamm Cultural Center. Because of his contributions to the photographic arts in Mexico, Manuel Alvarez Bravo is considered of of the most important figures in Latin American contemporary art

Do you have an artwork by Manuel Alvarez Bravo that you’re looking to sell? Send us the details and your net price and we will match it to our database of collectors.

Do you have an artwork by Manuel Alvarez Bravo that you’re looking to sell? Send us the details and your net price and we will match it to our database of collectors.

What is Latin American art?

If you are looking for a particular piece by Manuel Alvarez Bravo, tell us what it is and we will match it to our database of sellers. 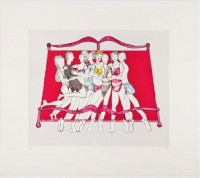 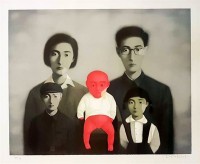