Highly acclaimed for her deeply personal and honest portraiture, Nan Golding is a photographer whose work was often controversial, intimate and universally human. Her most notable work is arguably The Ballad of Sexual Dependency – this series features snapshots of the NYC No Wave art and music scene, heroin dependency, the post-Stonewall gay subculture of the late 70’s, as well as Goldin’s own personal life; the series has been cited as an influence for a lot of confessional photography to follow and was initially created by Goldin as a slideshow for her friends. Among Goldin’s influences are Diane Arbus, Michelangelo Antonioni and Larry Clark – all of whom were also renowned for their unshrinking portrayal of sexuality, substance abuse and health epidemics such as AIDS. In the later stages of her career, Goldin’s array of subject matter has widened even further to include New York City skylines, landscapes and parenthood. 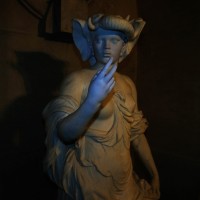 Joana At The Chateau Le Bastion, 2000

SELL an artwork by Nan Goldin

Do you have an artwork by Nan Goldin that you’re looking to sell? Send us the details and your net price and we will match it to our database of collectors.

Do you have an artwork by Nan Goldin that you’re looking to sell? Send us the details and your net price and we will match it to our database of collectors.

What is Queer Aesthetics?

Queer aesthetics is the term used for art which has homosexual or lesbian images related to the 1980s politics of identity and gender issues; following the AIDS crisis and feminist movement. Notable works include photography of people of ambiguous gender by artist Nan Goldin.

Seek an Artwork by Nan Goldin

If you are looking for a particular piece by Nan Goldin, tell us what it is and we will match it to our database of sellers. 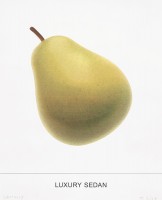