Robert Whitman is a New York artist who is best known for his unique theatrical pieces that were popular during the early 1960s. These combined slides, film, evocative props, actors, sound and visual images all in an environment created by the artist. A member of the Performance Art movement, Whitman is also known for his sculptures. In the years following the late 1960s,Robert has incorporated modern technology, and most recently, cellphones in his creations. He was a member of the visual artist group of Allan Kaprow, Red Grooms, Jim Dine, and Claes Oldenburg, known for presenting theatrical pieces in Manhattan's lower east side back in the 1960s. During his career,Whitman has worked with engineers and other artists to create works that incorporate design and technology. Some of his most recent works include telecommunications. He has received many honors and awards. During 1976, the artist was the recipient of a Guggenheim Fellowship.In addition, Robert Whitman received a Creative Arts Public Service Grant, Creative Arts Award Xerox Company Grant and a Brandeis University Citation of Fine Arts. 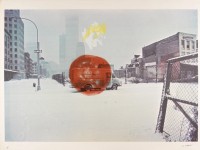 SELL an artwork by Robert Whitman

Do you have an artwork by Robert Whitman that you’re looking to sell? Send us the details and your net price and we will match it to our database of collectors.

Do you have an artwork by Robert Whitman that you’re looking to sell? Send us the details and your net price and we will match it to our database of collectors.

What is Process Art?

It refers to creative sentiment as well as artistic movement where the final product of craft and art is not the artist's principal focus. The term "process" in this art refers to art formation, gathering, the sorting, associating, collating, initiation and patterning of proceedings and happenings. It is concerned with the actual deed and the defining of actions as actual artwork; seeing it as purely human expression. Process art mostly entails inherent motivation, intentionality and rationale. This art is therefore, viewed as a creative process or journey rather than being an end product or a deliverable.

Seek an Artwork by Robert Whitman

If you are looking for a particular piece by Robert Whitman, tell us what it is and we will match it to our database of sellers.

Marilyn in 'how to marry a millionaire',. 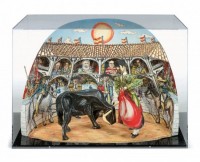 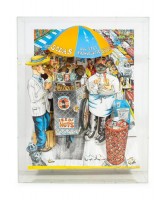