Wifredo Lam was a Cuban-born artist who attained fame for his work as a painter. A participant in the Modern Art movement, Lam studied at the Escuela de Bellas Artes in Madrid, Spain after leaving his native Havana. Lam's Afro-Cuban ancestry, coupled with his sympathy towards the poor, underrepresented and oppressed inspired him to depict typically dark, emotionally intense images of people in struggle. Wifredo Lam enjoyed a long-standing friendship with famed artist Pablo Picasso, who often championed Lam's work. Wifredo Lam’s first exhibition happened at the Gallerie Pierre Loeb in Paris, France in 1939. Later that year, he exhibited his work alongside Picasso at an exhibition inside New York City's Perls Galleries. At the time of his death more than forty years hence, Lam's art had been featured in over one hundred museums and galleries across the globe and a number of his individual works have hung at world-renowned museums like the Art Institute of Chicago, the Museum of Modern Art (MoMA) in New York City, as well as New York's Solomon R. Guggenheim Museum. After fleeing war-ravaged France in 1941, Wifredo Lam was detained in a prison on the Caribbean island of Martinique for forty days. In 2015, Wifredo Lam’s creations will be featured as part of a traveling exhibition, which will begin at the Centre Pompidou Museum in Paris and make stops, first at the Reina Sofia Museum in Spain and finally at London's Tate Museum. Lam died in Paris in 1982 at the age of 79. 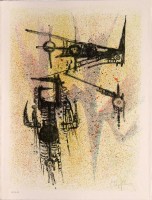 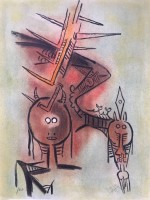 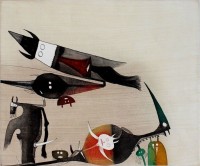 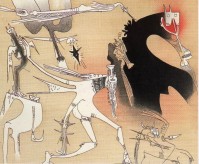 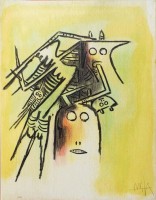 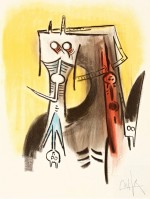 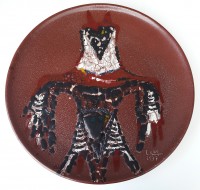 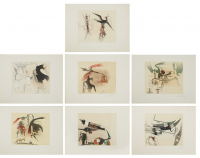 SELL an artwork by Wifredo Lam

Do you have an artwork by Wifredo Lam that you’re looking to sell? Send us the details and your net price and we will match it to our database of collectors.

Do you have an artwork by Wifredo Lam that you’re looking to sell? Send us the details and your net price and we will match it to our database of collectors.

What is Latin American art?

Seek an Artwork by Wifredo Lam

If you are looking for a particular piece by Wifredo Lam, tell us what it is and we will match it to our database of sellers.